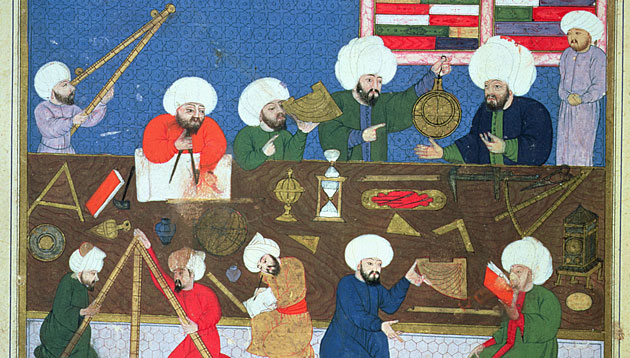 Muslims have had a major and creative impact on world civilization. Particularly during the medieval Golden Age of Islam, Muslims in many lands made major contributions in diverse fields, including art, architecture, music, mathematics, medicine, astronomy, and even cuisine, clothing, and furniture. This presentation shows how the Muslim world has related to, influenced, and interacted with other cultures from its beginning. (45, 60 or 90 minutes)

← An Introduction to American Muslims and Their Faith
What Educators Say →